s
HomeGames & EntertainmentWhat Games Should You Play Now When Summer Is Ending? 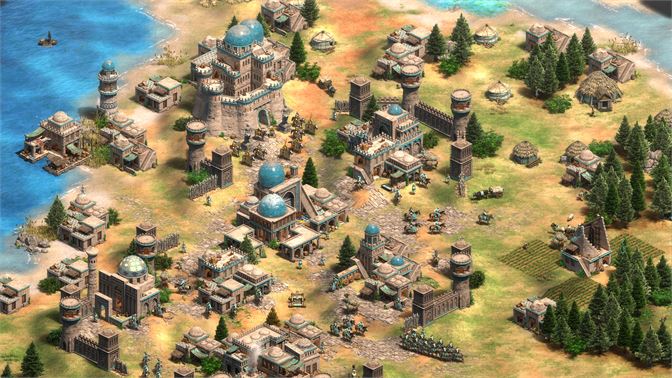 We all know that summer is a time for being out and about and interacting with friends, going to the beach, partying and overall just being active. But we all also know that when summer ends we tend to spend more time with our games and movies. This is a Top three list on what games we recommend for those days when the sun just doesn’t shine.

Number one : Age of empires 2 DE

Why not go back to the classics, the good old days when the graphics weren’t hot and the internet speeds were slow, except we remove all that bad stuff.

Age of empires 2 was an iconic game that got stuck in time forever, even now years after its release people still choose to play it, for good reason. Age of empires is one of those games that will likely never die, its complex enough to lure out the tryhard in you yet simple enough for all the casual players to enjoy, and in case you have missed it they released a remake in the end of 2019 called definitive edition that has sparked life into the game like never before. It’s as fun and challenging as it used to be but now with a much better look and constant updates.

This is however a very complex game and if you are just starting out it would not hurt to find a good Age of empires 2 guide especially if you wanna compete with the older players who have spent a good amount of time in this game already!

The game has also gotten great reviews and many people who bought the warcraft reforged that was released at about the same time quickly moved over to Age of empires 2 DE because it was just all in all a much better game. Self explanatory really, one of the greatest games that exist today that originated from an old warcraft mod that was made into a game “Dota allstars”. This game’s fanbase is huge and the game itself is very polished and never boring, the dota developers do a great job at changing up the meta every once in a while so that the game never feels too repetitive and static. New heroes are still constantly being released and there’s really no esport scene that can closely compare to Dota 2. Last dota international had a prize pool of over 34 million dollars, yes 34 MILLION. This really brings out the best out of competitive gaming and makes it so much more fun to get involved in. You always get great entertainment and content to watch when you follow the professional tournament games and competitions.

There’s really not much more to add than that Dota 2 is a really great game and that if you have yet to try it, now is the time.

Valorant was Riot-games new FPS shooter that sparked in 2020 with a huge fire, it was a loved

game from the start of beta phase. Many people think it will take over the FPS scene and leave CS:GO in the dust. We will see about that but nonetheless the game has been a huge hit and is probably the go to game for all the FPS fans out there. It has a fun system that integrates character specific abilities to an FPS shooter, some people compared it to overwatch when it came out but that’s really not a fair comparison, even tho the games has their similarities this game is something completely new to the FPS franchise, it has all the required elements for a thrilling action packed experience and maybe even a little extra on top. Definitely something worth trying out for any gamer!

Valorant has had alot of balance changes to abilities and characters since launch and is now better than ever, if your trigger finger itches then this is the game where you will get your satisfaction from a clean one tap!

Tag: Games
Previous post Why A Digitized Mail Solution Is Better For your Business
Next post Leading Seo Agency Dealing Strategy
My title Page contents
Back to Top