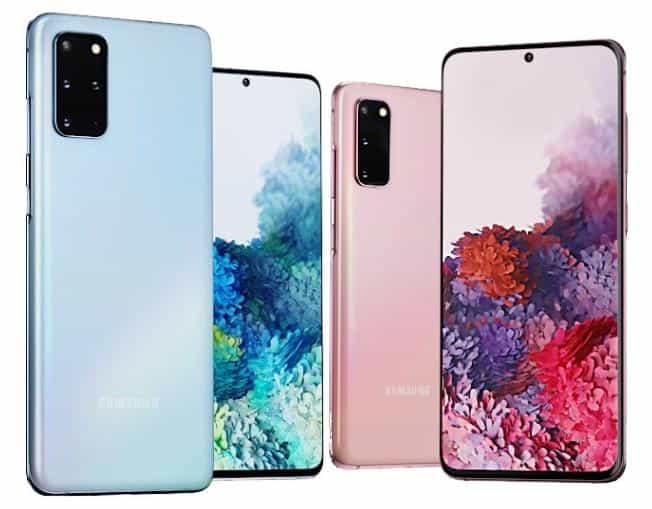 Smartphones these days are more in demand than ever as the need for a powerful device for work from home individuals increased. Both iPhones and Android mobile devices are being shipped out across the globe as more people want to have the latest gadget to use for personal and business use. But which one should you get?

Investing in the right smartphone means knowing what these devices offer and whether their retail price will fit your budget. You should also take into consideration your preferences in a handheld device and where you will be purchasing one too and in what condition. There are so many aspects that you need to take into consideration, but to help you get started, we have rounded up the top 5 smartphones that are hot in the market today.

There are literally dozens of mobile gadgets that are up for grabs these days that it can be tough to decide which one you should get. If you are still thinking of what to get, the list below is made up of a combination of brand-new, budget-friendly, and refurbished smartphones to cover all the bases. Let’s get started.

Samsung’s latest flagship device has caught everyone by surprise as the company skipped a few numbers from their previous Galaxy S10 to the S20. Although this has caused a few eyebrows to be raised, this sudden move by the Korean tech company is understandable as they have packed plenty of features and upgrades to it. It cannot be said, however, that the S20 is the most beautiful in its lineup, because that will be its bigger sibling which is the S20 Ultra. The S20 is a stunner at first glance and who wouldn’t want to have Samsung’s gorgeous phone these days? It comes with an in-display scanner for your fingerprint, it supports 5G, and it is an ideal choice for everyday use. However, the hefty price tag may be a hindrance to some. Nevertheless, this model has been flying off the shelves too because of the following:

OnePlus has returned to making mid-range handheld devices that have flagship specs in the form of the Nord. This is the company’s answer to Apple’s budget iPhone which is the SE 2020. Right from the start, the Nord is set to impress with its 6.44-inch screen which is unexpected for its price range. It has a fast refresh rate too which is measured at 90Hz so expect a smooth response from its screen. However, since the Nord is part of the company’s mid-tier type of smartphone, expect that its specs have been downgraded somewhat to meet the price tag. This doesn’t mean that you will not get anything of value from this unit. As a matter of fact, it remains a powerful smartphone that can give you that smooth performance and extended battery life which means that you can make the most out of its large display any time you want. This is perfect for those who want a mobile phone that is functional and powerful, but simple and practical in terms of design. It does come with a fingerprint reader and fast charging which makes it a functional unit that gives you plenty for its price. That said,what else is there to expect from this device?

This list will not be complete without a mention of any Apple product. Yes, we have the latest iPhone 11 which has all the bells and whistles that you can expect from any flagship model that the tech giant produces, but it is the iPhone 8 that those who want a more solid and capable device that people are going for lately. This model may have a smaller screen size, measuring only at 4.7 inches, but what is under the hood that speaks volume. For those who are looking for a mobile phone that is compact but offers a powerful performance, the iPhone 8 is a good option. If there is one thing that you will love about Apple’s products is that even the older models are designed to last you for years, and if you are in no rush to get the latest device, this is one unit you want to get. However, since this is an old model already, your best bet is to look for a pristine iPhone 8 refurbished from sellers such as QwikFone since they refurbish devices to look like they are brand-new. What makes the iPhone 8 different from its previous iterations?

Another top selling smartphone this year is the Note 10 Plus from Samsung and from the looks of it, it speaks top dollar already. What makes this model stand out is its 6.8 inch display that means business, especially when it is paired with the popular S pen. If you are worried that its battery life will not be up to standards, Samsung has made it a point to put a more powerful battery pack to its body to give you hours of usage. It has a five-camera set up with a selfie camera that takes superb shots that can rival that of others. Although the Pixel phones are known for having the best quality cameras in the mobile phone industry, the Note 10 has improved its camera specs to compete with the best out there and many approve of this. Beware though that its design can lead to false touches because of the screen occupying most of the front panel. Still, it is not that bad once you get the hang of it as the full display is such a treat to the eyes. The S pen makes it easier to control the smartphone and it offers camera control as well which is one of the advantages of the Note series over the others. Just imagine being able to take more creative shots by using the pen as your camera shutter. Aside from that, the Note 10 Plus boasts of powerful specs such as:

It is not surprising that Apple products are among the top selling smartphones this year, especially with their latest offering which is the iPhone 11 Pro. This powerful mobile gadget delivers superior performance in the palm of your hand. Its triple camera design at the rear plus new camera features such as night mode makes it perfect for taking photos at various angles and records high-quality videos with ease. Do not expect that Apple has made huge changes to its new model because it still looks the same as the others which isn’t that bad at all. What this means is that the unit will have an all-too familiar feel to it so you don’t have to waste time getting used to it. Although it is a pricey phone, you will feel that you are getting more out of it for its price since the tech giant promises a formidable iPhone that surpasses other brands and models out there. What you will get from this model are:

These are just a few examples of mobile devices that are being bought left and right which is not surprising given the specs and features that they offer. If you are wondering what to get, if you can spend more than a thousand pounds for a gadget, then the iPhone 11 Pro or Pro Max are worth looking into. Apple has certainly put a lot of effort into building a professional and powerful iPhones hence they are among the top models that people are considering today.

On the other hand, if you are on a budget but would like to get an Apple product, then why not look for one in QwikFone? They are known to offer pristine condition refurbished Apple products for a good price. You just need to consider what model you are looking for, the budget that you have in mind, and it won’t be long before you narrow down your choices.