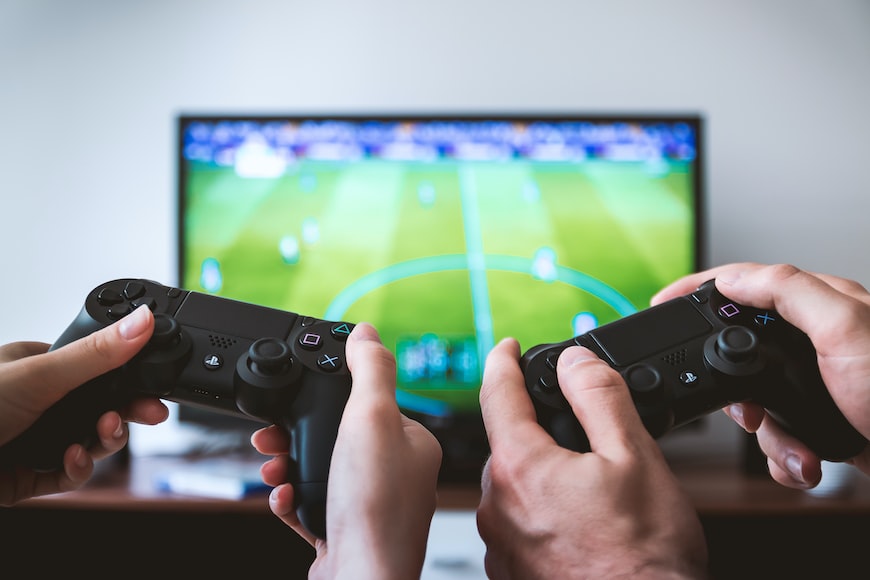 Like every year, we have started 2022 looking ahead and, boy did this year deliver so far! And we still have some great games to be released along what’s left in the calendar (and surely beyond, you always have to count on the possibility of delays). This year we are very eager to keep enjoying this great hobby of ours with these upcoming games.

Bayonetta 3 exists. We can already say it with confidence. Its announcement during The Game Awards 2017 was one of the most celebrated events of that night, but it was followed by almost four years of silence. Not an image, not a second of gameplay. It stands to reason that its development didn’t take up that much time (in the meantime, Platinum Games announced and released the excellent Astral Chain), but now the studio co-founded by Hideki Kamiya has the witch back in the spotlight. There are big expectations around this tittle.

After the original pushed the vision of hack and slash established by Kamiya himself with the Devil May Cry saga to the next level, Bayonetta 2 redoubled the heart-stopping rhythm and spectacular combat in a way that even seven years later seems hard to beat. It is the challenge that this installment has, with a more futuristic setting – its trailer took advantage of the similarities with Astral Chain create hype- and greater emphasis on invocation of demons, which now do not serve only as showy executions, they are also controlled in the battlefield to face waves of enemies and other large creatures.

For many, ‘STALKER 2’ would be among the most anticipated games of 2022. It is the sequel to that post-apocalyptic FPS that we have been waiting for so many years. Now, after a very complicated development, it will finally hit the market and exclusively for Xbox Series X/S. It is another of those true new generation titles that arrive with the intention of marking a new technical milestone. In addition, it is expected to retain all the elements that made the original game so popular. For example, mechanics such as radiation, weapon, wear, survival items, and much more.

The original saga disappeared after the last release, since the delivery worthy of having a second installment deserved some rethinking, but it took so long that many gave it up for lost. Luckily, this has not been the case and now, after more than a decade of waiting, Heart of Chernobyl is dated for December 8 (after announcing its delay compared to the planned launch in April). The use of Unreal Engine 5 aims to raise the technical bar and achieve a new milestone in terms of setting. If along with it also returns the kind of toughness that made S.T.A.L.K.E.R. a titan of survival, a product in a different league than Fallout or Metro, it’s something that only playing it will confirm. Besides, it will be on day 1 on Game Pass to then arrive to PC in December.

Fans of the sports world are also waiting for their game. With the release of FIFA already on the market, F1 fans are still waiting. Although not yet confirmed by EA, it seems F1 2022 is set to arrive later this year with some major changes compared to the current instalment.

Two of the biggest changes for F1 2022 this year will be the removal of its story mode and the addition of a new player centre called ‘F1 LIFE’, which will allow players to get a behind-the-scenes look at the life of real Formula 1 drivers, where players will be able to buy and collect various luxury items. However, one of the biggest new features of F1 2022 is the arrival of supercars that players will be able to collect, drive on their own and use to compete online against other players’ supercars across the game’s 23 circuits. Some sources also reportedly confirmed that the career mode will remain in F1 2022, which will feature crossplay for the first time in its history.

The season has started and the drivers’ rivalry can already be seen while Ferrari or Red Bull fans can’t virtually imitate them. In the meantime, sports fans can no longer only bet on their favourite football team or on the best horse races among the best safe betting sites. Now, they can also bet on F1. In addition, they have benefits while waiting for the game to launch, as new customers can benefit from a welcome bonus when making a deposit and placing a certain number of bets. Also, they can deposit and withdraw money without hassle. They will find a wide range of payment methods, ranging from bank transfer to e-wallets and even cryptocurrencies.

In videogames, as in any other media, we have good years and not so great ones. In this case, without a doubt, developers are spoiling us with fantastic proposals that will provide many hours of joy.

Tag: Waited Games
Previous post What You Need to Know Before Selecting a Mobile Phone Plan
Next post What is a Local Business Directory
My title Page contents
Back to Top