s
HomeTechnologyWhat Is A UPS 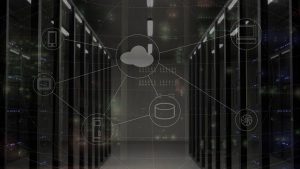 A UPS (also known as an uninterruptible power supply) is a device designed to allow a computer or data centre to continue running even after a power failure. It gives the user a few minutes of working time, which allows him/her to save and shut down the computers safely. A UPS also provides additional protection from power surges.

A UPS is made up of several parts,  swl2500efr, with the most important one being the battery. The battery stores enough energy to provide uninterrupted power for some time even after there’s a power loss. It also has a sensor (relay) that stitches automatically from AC power to DC and vice versa seamlessly, hence connected devices don’t notice the switchover. In addition to giving you several minutes of working time, the UPS protects your computer from damage due to power surges.

A UPS works by converting incoming AC to DC (through a rectifier), which charges the battery, then converts DC back to usable AC through its internal inverter. The stored energy in batteries or flywheels only kicks in when there’s a utility failure. The UPS also has a bypass circuit that routes power around the rectifier and inverter, thus only using the utility or generator power instead of battery energy.
Generators work more like the utility line by providing power to your IT equipment for extended periods of time. They thus cannot be compared to a UPS, which only provides power for a few minutes. This is to say, you cannot use a UPS as your primary power backup, but only to give you a buffer between when the utility and generator.

UPS systems have line-interactive and standby designs hence the name, double-conversion. Manufacturers, however, implement these designs differently, with at least one system allowing any of the 3 modes. This was adopted more technically by the International Electrotechnical Commission (IEC) std.62040.

Types And Features Of A UPS System

VFI (Voltage and Frequency Independent) UPS: This UPS system is also known as a double/dual conversion in that it converts incoming AC into DC (to charge the batteries) and back to AC. The inverter, however, provides a steady AC power for your equipment when connected to the AC.

In case of a power failure, the battery kicks in immediately to drive the inverter, hence continue powering your IT equipment. If power is restored (from the generator or utility), the rectifier delivers DC to the inverter to help recharge the batteries. The inverter, however, runs full time whether on DC or AC load. The utility input is however entirely isolated from the output; hence can only be bypassed if there’s and electronics failure inside the UPS. With no break in power delivered to your equipment, a vacuum fault interrupter (VFI) makes the UPS robust for IT applications. Many systems, however, sync the output frequency with input seamlessly, though they can still be considered as frequency independent.

The Pros And Cons Of A UPS

The Pros
1. Power is switched instantly/seamlessly from the utility source to the UPS.
2. It provides better support for critical instruments when compared to generators.
3. A consumer can choose different sizes and types of UPS systems, depending on their needs.
4. UPS systems run silently.
5. UPS systems are cheaper than generators to maintain.

UPS systems cannot be used to run heavy appliances
You may be forced to replace batteries often (if substandard ones are used)
UPS systems may have to be installed professionally.

Tag: UPS What Is A UPS
Previous post What Is An Uninterruptible Power Supply (UPS)?
Next post Should You Use Customer Service Assessment Test? What Is The Significance?