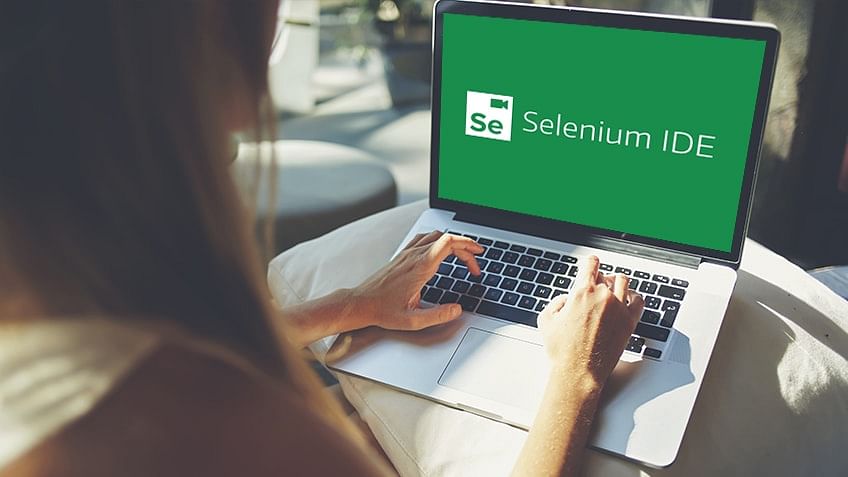 Selenium IDE (Integrated Development Environment) is a commonly used tool for automatically testing websites and web applications. This Selenium IDE tutorial will teach you to code and create your first Selenium test script.

Three stages can be used to categorize the entire script creation process:

See how these steps are implemented below.

Play Back or Test Script Execution

After creating your first Selenium IDE script, you may now run it to see if it’s stable enough. To run the script, click the playback button.

All test steps would be color-coded in green after execution for a successful run.

After you have played back the script, you can now save the newly created test script.

Selenium IDE commands come in three varieties. Each of the IDE test steps falls into one of the following categories.

Actions are commands that interact directly with the application by changing its state or putting some test data.

For example, the “type” command allows users to interact directly with web elements such as text boxes. It will enable them to enter a particular value in the text box, and the value is displayed on the UI as well.

Accessors are commands that allow the user to save values to a user-defined variable. These stored values can then be used to build assertions and verifications.

The “storeAllLinks” command reads and stores all hyperlinks available on a web page into a user-defined variable. If you have multiple values to keep, remember that the variable is of the array type.

Assertions are comparable to Accessors because they do not directly interact with the application. They are used to check the application’s current state with an expected state.

This command ensures that the test execution ends if it fails.

The “verify” command allows the Selenium IDE to continue running the test script even if the verification fails.

This command waits for a condition to be met before proceeding to the next test step. The conditions include page loading and the presence of an element. It allows the test cases to continue even if the condition is not met within the waiting period.

The most straightforward tool in the Selenium Suite is the Selenium IDE. It has proven to have a robust test suite and has been adopted across the globe. Because of its simplicity, Selenium should only be used as a prototyping tool, not as a solution for creating and maintaining intricate test suites.