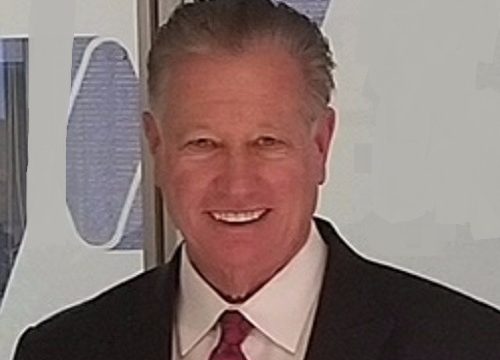 Intellectual property will become the largest contributor to US economic growth in the coming decades. That’s why it’s critical for our education system to catch up with this reality. As it stands now there aren’t many options for undergraduates interested in learning about patents. If the US is going to remain competitive in the business world, this situation needs to change.

Importance of the Tech and Medical Industries

Patents are big business. The latest estimates place the value of patents in the US at more than 5 trillion. There are two main forces driving the rush for patents – the constant innovation in the tech sector and the desire to eliminate major illnesses such as cancer and heart disease.

Developing new technology and ground-breaking medicines is expensive. Without the ability to protect intellectual property with patents, there’d be less incentive for companies to invest the millions of dollars it takes to create the latest smartphone or lifesaving medical device.

Advanced Bifurcation Systems (ABS) is a medical start-up that’s trying to revolutionize heart surgery. CEO Charles Laverty says they have developed a new stenting technology that can place dual stents in branched arteries with perfect placement. This is a difficult procedure with current technology, but their method would turn it into a minor surgery. Without the protection of their 44 global patents much larger rivals could easily copy their technology and stifle their potential.

We need innovators like ABS and that’s why we need strong patent protection in place. That’s not to say there aren’t flaws in our current system. It could definitely be streamlined and modernized. The problem is most people don’t have any background in dealing with patents. Learning the ins and outs of intellectual property (IP) isn’t part of most school’s course offerings.

The lack of school programs on the topic of IP is a bit disturbing. Our country was built upon the innovations of people like Edison and Ford. If we want that tradition to continue, we need to fix this problem so that we remain a competitive player on the world stage.

Some schools have recognized the need to better prepare undergraduates to compete in a business environment where patents play such an important role. Both USC and the University of Colorado at Colorado Springs now offer undergraduate courses that focus on IP. That’s a good start, but more schools need to follow their lead.

There are more than 20 million students enrolled in US colleges, but these two schools have less than 50,000 students between them. That means well over 99 percent of undergraduate students in the US don’t have access to courses in intellectual property. Almost 30 percent of the US economy is reliant on patent based industries. We need to prepare our students for this reality.

Programs like the one at USC are vital to ensure that the US remains a source of innovation and economic growth on the world stage. Teaching IP to law school students isn’t enough.  According to a recent study by the US Patent Office, 40 million American jobs rely on patents either directly or indirectly. Everyone entering the business world should have some idea how patents work and why they’re so important to our economy.

There’s no hiding the fact that patent regulations in the US are a little complicated. It might seem easier to get rid of them, but that’s not the answer. Start-ups like ABS wouldn’t have a chance against established medical device manufacturers without patent protection. The laws governing patents need to be streamlined, and they should be, but they still play an important role in encouraging innovation.

Our world became a lot more interconnected in the early 2000’s with the introduction of smartphones. These devices have become important parts of our lives, but they were expensive to develop. Without the protection of patents, they might never have been made. By 2012 there were more than 250,000 patents in place to protect various technologies in our smartphones.

If it wasn’t for the protection of patents investors in some of the world’s biggest companies might have lost a lot of money. In the first decade of the 2000’s Nortel was one of the biggest tech companies. By 2011 it was facing bankruptcy. Thanks to the value of its patent portfolio, its investors still made a lot of money when the company’s assets were auctioned off. Their numerous patents were sold for $4.5 billion dollars.

Intellectual property has been just as important for small start-ups as well. You may not remember Pebble as one of the first entrants in the smartwatch industry, but they were. They didn’t last long against competitors like Apple, but investors still did well when Fitbit bought their patents. There are many other examples like this that demonstrate the value of patents. That is why executives like Charles Laverty say that intellectual property strategies are critical to the long term success of their company.

Intellectual Property isn’t going away. In fact, it’s going to become even more important with advancements in the medical and technology fields. US schools need to do a better job of providing undergraduates access to IP education. It might even be a good idea to start introducing students to the patent world as early as high school. The world is a competitive place and US students need every advantage they can find.

Previous post What Is The Latest Online Gaming Tech Fad?
Next post Tips To Protect Your Company From Cyber Attack
My title Page contents
Back to Top