SX Gear is the second modchip from the Team Xecuter, with the SX Pro jig and usb dongle, but is lack of the built-in SX OS license. So in terms of using, SX Gear mod kit can support on multiple Nintendo Switch and boots various RCM payloads to them. However for loading SX OS on Nintendo Switch via the SX Gear modchip, you need to buy the sx os license code. But anyway if you just want to know the how to, see below more details.

What is the SX Gear?

SX Gear is the ideal solution for owners of SX OS who want a simple and safe way to start Team Xecuter firmware. It can also be used to inject any other payload with a high quality tool kit of the brand you trust: Team Xecuter.

Like SX Pro, another previous product, it is an ultimate kit for cracker Nintendo Switch. But on the contrary, it seems that it is a USB dongle of another model with a color in red prettier. In addition to all the features of SX Pro, it is a small chip very different from the other tools for Nintendo Switch. Because there is not a built-in program on the dongle, you can use it to inject the other payloads because it will come with a Xecuter toolbox. It is built with the USB dongle and a RCM Jig, all are made of very strong materials, especially with its unique super-capacitors, it allows you to install a CFW safely. There is no risk in breaking your Switch console.

How to inject SX OS with SX Gear?

According to the announcement of the official site, the manipulation of the injection is very easy because the SX Gear is perfectly compatible of his brother SX CFW. You can purchase an SX OS license separately or use an existing SX OS license and use the standard SX OS boot.dat file. You now have an SX Pro, in red color.

SX Gear users will need to copy the boot.dat file to their microSD card. You can download from here https://sx.xecuter.com/download/SX_Gear_v1.0.zip

Any third-party payload can be placed on the microSD card as payload.bin to use it.

There are several payloads available on Nintendo Switch and developed by different hackers. Of course the best is payload SX OS but other payloads also have their advantages, here are the functional payloads now:

So if you want to inject another payload on your Nintendo Switch, how to do? Thanks to SX gear, the procedure will be very simple.

Xecuter SX Pro VS. SX Gear, which is better choice to hack switch ?

The SX Pro and SX Gear are both from the Team Xecuter. They are released for installing the SX OS CFW on the Nintendo Switch console to play free games and homebrews. The SX OS CFW is made by the Team Xecuter as well, it’s the Unique Switch custom firmware which pirates retail game and eshop Switch games for users to play freely.

To install and launch SX OS on the Switch, you will need either the SX Pro, SX Gear or the SX OS code with tools in use, the easier options are the Xecuter SX Pro and Xecuter SX Gear. The former is including everything you will need to hack the Nintendo Switch, an usb dongle for sending payload the Switch, a joycon jig to turn Switch to RCM jig and an os code which supports users get access the SX OS CFW. However, the SX Gear is only an empty usb dongle with a RCM jig, so if you plan to install SX OS with the least steps on your Switch, just buy the ultimate SX Pro kit.

Tag: Nintendo Switch SX Gear
Previous post Setting Up The Best Videoconferencing Room
Next post Online Shopping Tips And Techniques You Can Learn From Are Here 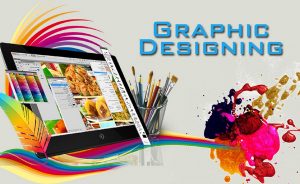